Who is your Coral? 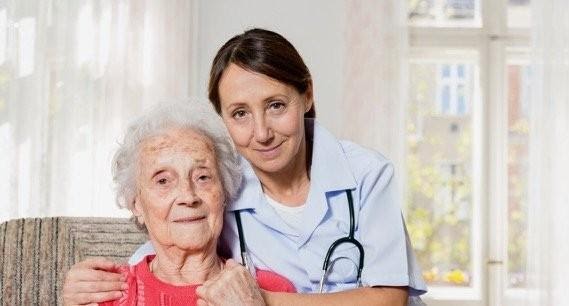 Without intending it, by appealing to rules and incentives, we are engaging in a war on wisdom

Coral was the manager of a retail branch of a steel distribution business, one of over one hundred such businesses in our network.  Abandoning the comfort of the back-office, a middle-aged Coral put herself forward to run this small business, taking responsibility for the safety and welfare of the ten or so people who depended on its success for their livelihoods.

I met Coral on one of my regular ‘scatters’ into our operations, an opportunity to see and hear first-hand the frontline realities of doing business.  Having taken my cold-call a few weeks earlier, Coral generously committed an afternoon of her time to host my visit.

By mid-afternoon, the customer service officers had finished for the day, along with all-but-one of the warehouse team.  My three hours there were largely spent chewing-the-fat with Coral over the retail counter as she variously resolved phone enquiries, tended to in-store customers, monitored the safety of her team-member in the warehouse and ensured that the next-morning deliveries were ready to go.  My time with Coral ended at the close of trading, as she locked the front-doors and pulled down the warehouse roller door, retiring to her office to tackle what she anticipated to be a couple of hours of e-mails and paperwork.

Coral was proud of her business and the turnaround that she had delivered.  She was committed to doing the best thing by her customers, expressing a little rivalry about her customers’ experiences compared to what she witnessed at some sibling businesses.  And she was quietly proud of the fact that she had made a personal success of her transition into the role of branch manager.

Obviously stretched but never flustered – and direct but never angered – Coral shared the story of her efforts to win new customers and the lengths that she had to go to work around costing policies that risked thwarting what she knew to be valuable sales for the company.  She expressed her appreciation for the support she was receiving from my HR team but wondered aloud whether she and the business weren’t being taken for a ride by some employees who blatantly would not put in.  She offered a sobering assessment of the challenges of working within the inventory policies that she had been responsible for in her previous role.  And she shared the challenges of policing our safety standards when sharing a driveway with other tenants on the site.

As a member of the executive team and responsible for the national HR function, I had been witness to and complicit in many of the policies and systems within which Coral was expected to work.  Each well-founded in purpose and design when developed in isolation, but collectively burdensome when applied in the real world.  And each built on the tacit assumption of knowing better than those on the ground.

I have learnt – sometimes with a bloodied nose – from many Corals over the years.  They have variously materialised as Phil, Reg, Jack, Fran, David or Aub.  Not always polished but invariably wise – if you are smart enough to listen.  They are committed to their customer, proud of their lot and grounded in reality. They don’t need to be given incentives to do the right thing – they just want to know that the organisation trusts them and has their back.

He is the aged care worker holding the hand of the frightened palliative patient at 3am.  She is the disability carer protecting other group home residents from the behavioural meltdown of a client.  He is the customer service representative trying to resolve the repeated service failures that have so incensed the customer.  And they are the shift-mechanic trying to work safely and diligently while being hounded to get the plant running again.

How well do you understand their work?  Not what you imagine it to be, but what it really is?  What the work entails?  What success looks and feels like?  The context in which the work plays out?  Its uncertainties and curve balls?  Its emotional rewards and challenges?

And how well do you know them as an individual?  Their aspirations and needs?  What motivates them and what saps their spirit?  Their strengths and wisdom?  Their anxieties and frailties?

Who is your Coral?